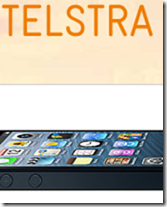 The Australian Competition and Consumer Commission’s (ACCC) draft decision to price wholesale ADSL in Australia based on the cost that Telstra has estimated it incurs to offer the service to retailers, has been labelled as disappointing by iiNet.

Wholesale ADSL is generally used by telcos in areas where Telstra’s retail competitors, such as iiNet, Internode, and Optus, don’t have their own digital subscriber line access multiplexer (DSLAM) infrastructure, and are therefore required to wholesale the entire broadband service from Telstra. In these areas, commonly referred to as "off-net" areas, Telstra has been under fire for charging wholesalers more than it charges retail customers through BigPond.

The watchdog said that it determined the price based on the cost for Telstra to offer the service to other telcos, taking into account the cost of running and maintaining the network. The price uses the same framework to estimate prices for the other declared fixed-line services it offers over its copper network.