This device has been removed from OneDrive 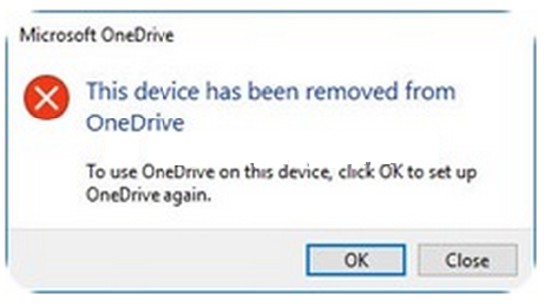 The error “This device has been removed from OneDrive” sometimes appears in Windows 10, Windows 8, Windows 8.1, and Windows 7. Many were able to fix it by simply reconnecting to OneDrive. Be sure to change the directory to the directory you were using if you changed it from the default.